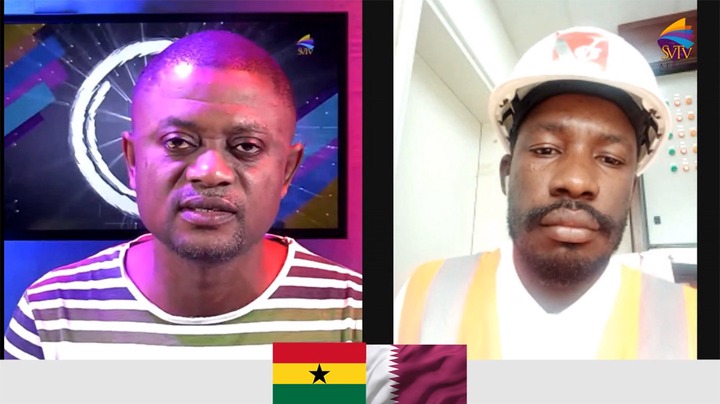 A first-time travel experience is synonymous with hilarious moments, but for many, these moments are more embarrassing than funny. For Richard Oppong, he was duped by a travel agent at the Kotoka International Airport for his ignorance.

According to the Qatar-based Ghanaian, he paid over Ghs10,000 to a travel agent to process his documents to travel to the UAE. On the day of his departure, the agent lied that he had to pay an airport charge.

“It was terminal two then. I used the lift three times, and I paid Ghs1000. They said I had to fill out some forms, yellow fever vaccine and other things. They charged me for asking questions.”

“I know someone who paid Ghs700 for using the lift twice. I didn’t know, and I was eager to board the plane, so I did all they asked,” he said on Daily Hustle Worldwide.

Speaking on the hardship migrants go through in Dubai, Richard revealed that he almost died. According to him, the agent kept him in a room for weeks with little or no food.

“Many Ghanaians are dying, and the women sell their bodies for food. Thankfully, I had a return ticket due in three weeks, and I had to wait till then. Arab countries are not bad as speculated, but it is the agents who are bad. They don’t have the jobs but lie to you,” he told DJ Nyaami.

Richard indicated that all he wanted to do was attend a safety school to get a job at the Ghana National Fire Service. According to Richard, he will leave Qatar if he gets a job as a fireman in Ghana.

Stormzy calls on Arya Starr, Black Sherif, Amaarae & more for the third studio album ‘This Is What I Mean’