Due to the whitewashing of the Bible, it is incredibly difficult for outsiders to see Jesus as someone of color. My little child, who is multicultural, mixed-race, and multiracial, wants to understand that not all of the people in the Bible were white. Check them out below;

The poetry collection Song of Solomon provides a beautiful and profound declaration of love and desire. Early on in the story, it is established that the woman who is the obstacle to this love is black. She is not just lovely but also devoted to her pal. Nothing should stand in the way of her love for Solomon, to whom she has become utterly devoted.

According to Genesis, Noah had three sons: Shem, Ham, and Japeth. A group of dark people from Africa known as the Cushite are said to have been created by Cush, Ham’s son. The Cushites are often referenced in both the Old and New Testaments. The son of Cush, Nimrod, became “an extraordinarily good hunter in the sight of the Lord” (Genesis 10:8). Nimrod ruled from Babel, and his country’s capital was moved there. In addition to Ninevah, he built several villages. 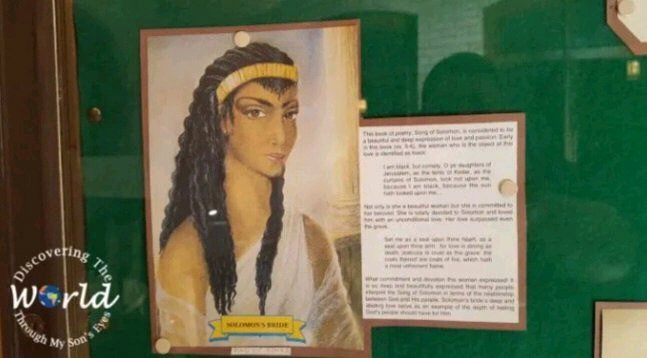 The 1/3 ruler was replaced by Tiharkah, a black African king who ruled Sudan from 690 until 664 B.C. He was the ruler of Egypt’s Twenty-Fifth Dynasty and became known as one of the most renowned “black Pharaohs” (II Kings 19:9).

Moses’ wife, Zipporah the Cushite, changed her ethnicity to Ethiopian. Zipporah, her father Jethro, her six sisters, and her grandfather Reuel all resided in Midian. Moses protected Zipporah and her sisters from shepherds who tried to steal their water when he arrived in Midian. Reuel rewarded Moses in exchange for allowing him to marry Zipporah. She gave his child the Hebrew name Gershom, which means “a dweller in a far-off nation.”