Heartbreaking news coming in this evening shows an electrocution on a resident of Kasoa. In a video that has gone viral, many are seen looking on and shouting as the man climbed up the electric pole. It is unknown what might have caused the man to climb the pole. According to one behind the commentary on the video the man said he was tired of life and wanted to end it all.

It is unknown there were any rescue agencies around but the man seemed bent on ending his life and so despite the pleas from those calling on him to climb down he persisted and stepped on the electric pole leading to an explosion and a blackout. Some also say that a bad relationship led to him taking this decision to end his life.

Ghana’s economy is currently in crises. Despite Ghana’s call for an International Monetary Fund programme, very little so far has been achieved. The government’s negotiators are still trying to strike a deal with the IMF. With inflation at 37.2% and the depreciation of the cedi against the dollar, local businesses are crumbling and many citizens complaining.

Ghanaians have been reacting to this video. Check some of them. 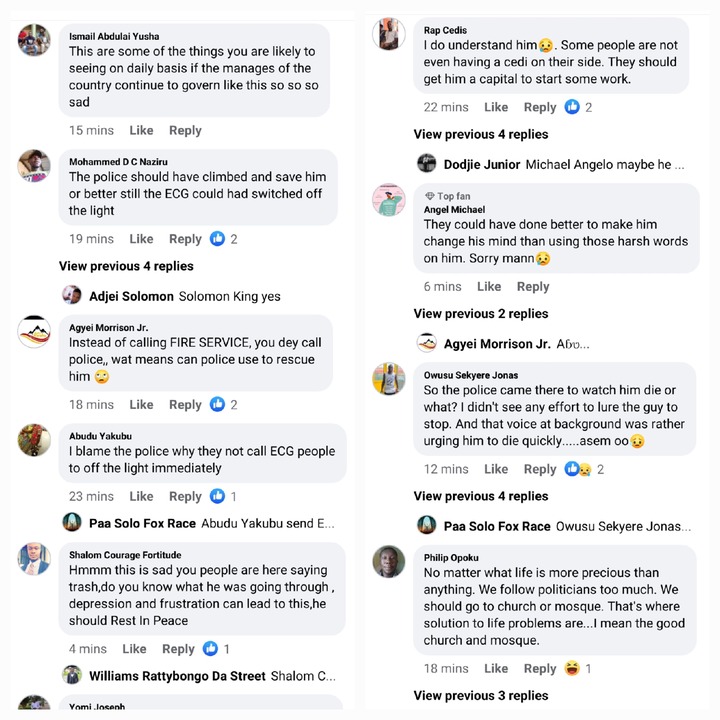 Use the link below to watch