Most of the teams have made lots of great achievements with the help of their players and their supporters who have been supporting their teams on the stadium.

Here are the teams with the highest stadium attendance:

On the first spot we have Fc Barcelona of Spain, they are one of the biggest clubs in the Spanish premier division. They have an average stadium attendance of 83.383 supporters in every game they play at the camp nou their home stadium. 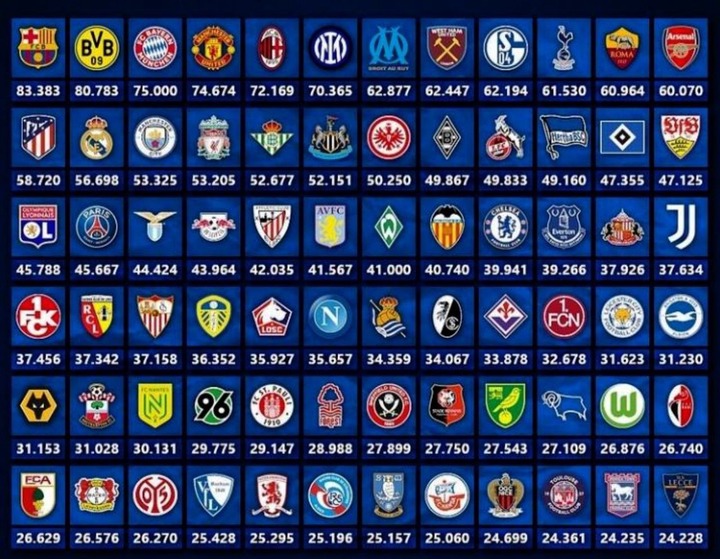 On the second spot we have Borrusia Dortmund, they are one of the biggest clubs in the German bundesliga. They have an average of 80.783 attendance in every home match they play.

Bayern Munich is on the 3rd spot with an average attendance of 75.000 at their home stadium Alianz Arena.

So these are the teams with the highest stadium attendance in Europe.