The Vice President of IMANI Africa, Selorm Branttie following the story of a man who committed suicide at Kasoa yesterday, has written a short note to all Ghanaians. He is of the view that times are hard but we all have a role to play to avoid suicide.

Times are hard. We should sensitize people on how they treat others who feel suicidal. Suicide is not a joke, and when someone is on the brink and all you do is taunt the person, we all lose. Mental health is a national priority as much as peace is. Look out for loved ones, and even stretch hands to any stranger you encounter who thinks they have lost it all. 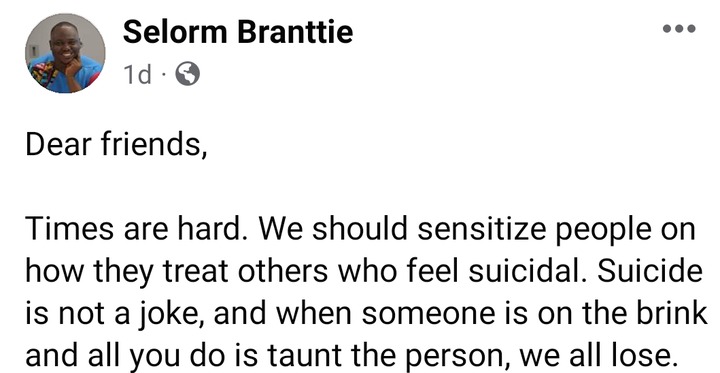 He added that it is only when it hits closer to home that people see the gravity of it, but being mean to someone who already wants to check out isn’t signifying and inhuman and cruel.

“We shall all survive this crisis. Lend a hand to someone in need. Instead of taking out the cameras to film, let’s stretch out our arms to hug. Life!” He encouraged Ghanaians. 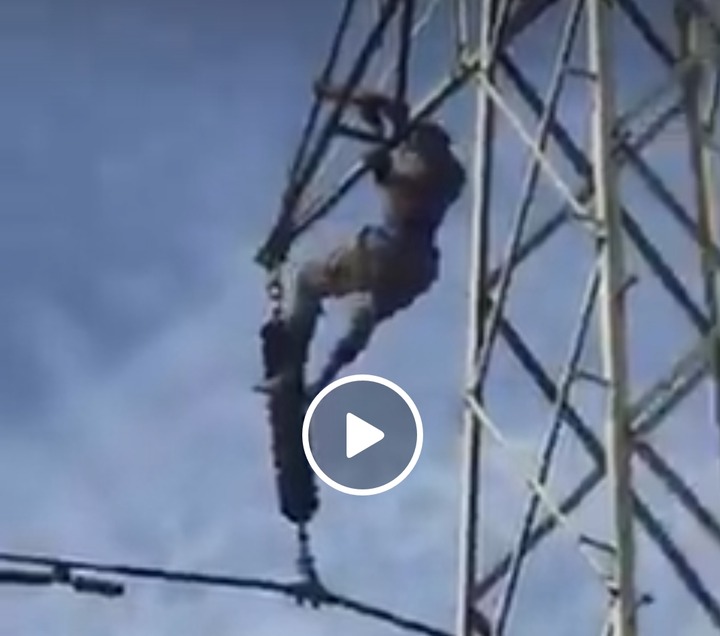 A young Trotro mate committed suicide at Galilea in Kasoa. Following that, a video of suicide has gone viral.

In the video there was still time to try and convince him to change his mind, but yet again, who are the professionals who could do it? Police, Nurses or mental health personell? I suspect they were even far from the scene.

But if we train our officers on how to catch thieves alone, they might even be helpless in such situations. They must be trained to embody such character as to persuade anyone in need of people to talk to.

Our counseling services are only available on schools and churches, during weddings and marriages.

In the video, you may that felt he could be convinced to change his mind, but again, those around seem to yet again exhibit the usual Ghanaian character of “let’s see if he will truly see it through”

Some people nearby were passing comments that he should kill himself dwindling hopes everyday, it’s a sad story indeed.