Massive reactions as Big Brother Naija star and creator shares some lovely and loved up pictures with his fellow colleague Phyna on instagram.

This time around, he did not share a picture of only himself but rather, he shared a loved up picture with Big Brother Naija star Phyna.

The moment that the pictures went viral, the fans and followers of Khalid reacted to the post in a unique way.

Victor_o_osim wrote that, the pictures are level two on a one hundred.

Joye_gentle also added that, queen Phyna is dripping in the picture.

Without much i do, kindly scroll down to see the picture and the comment of the people below; 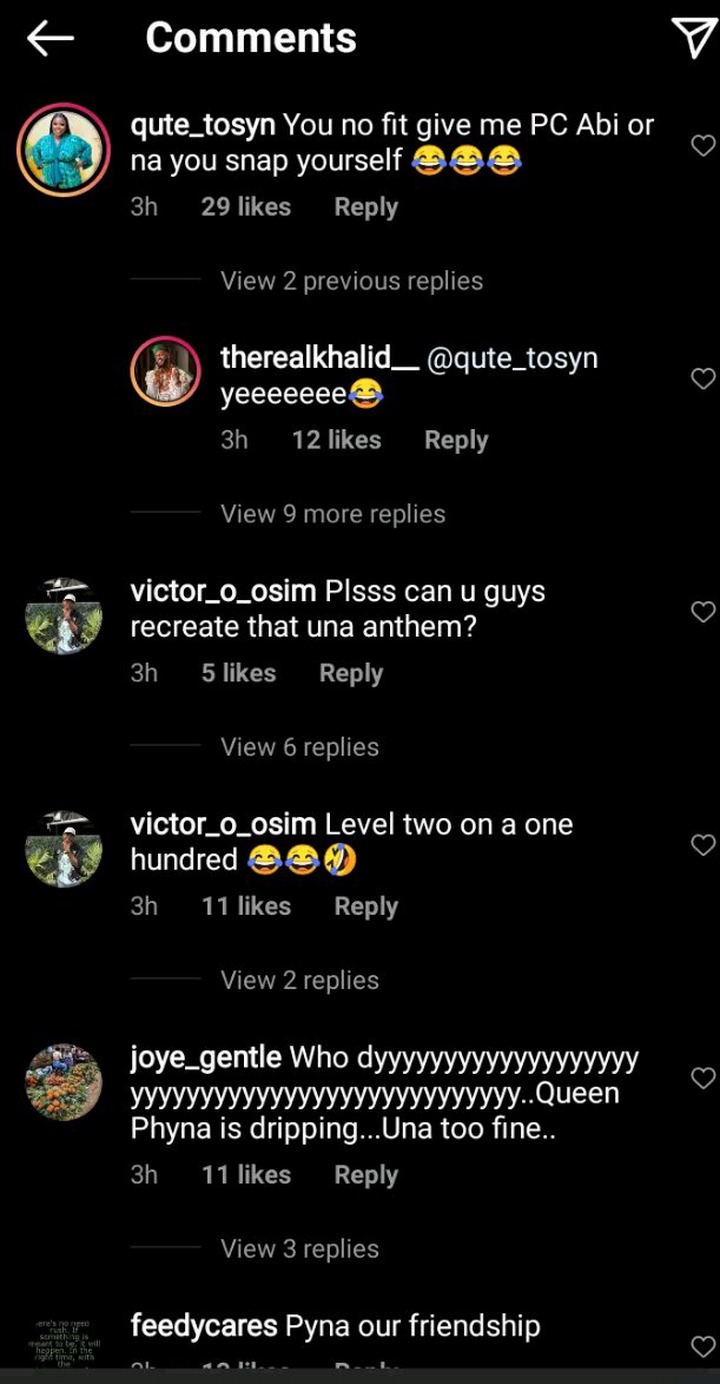 What is your take on this article?

Content created and supplied by: Agyenkwalatestnews (via Opera
News )